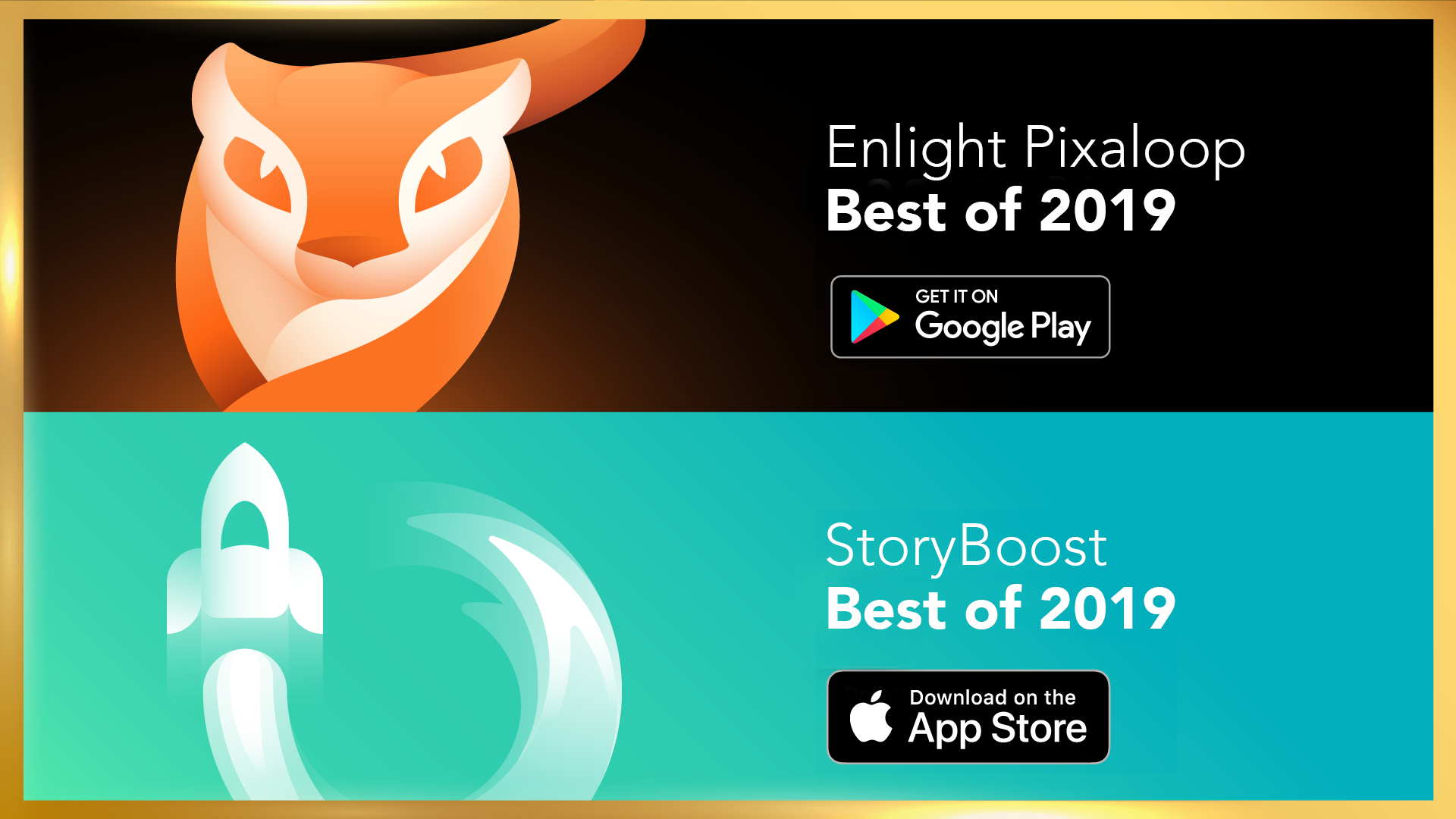 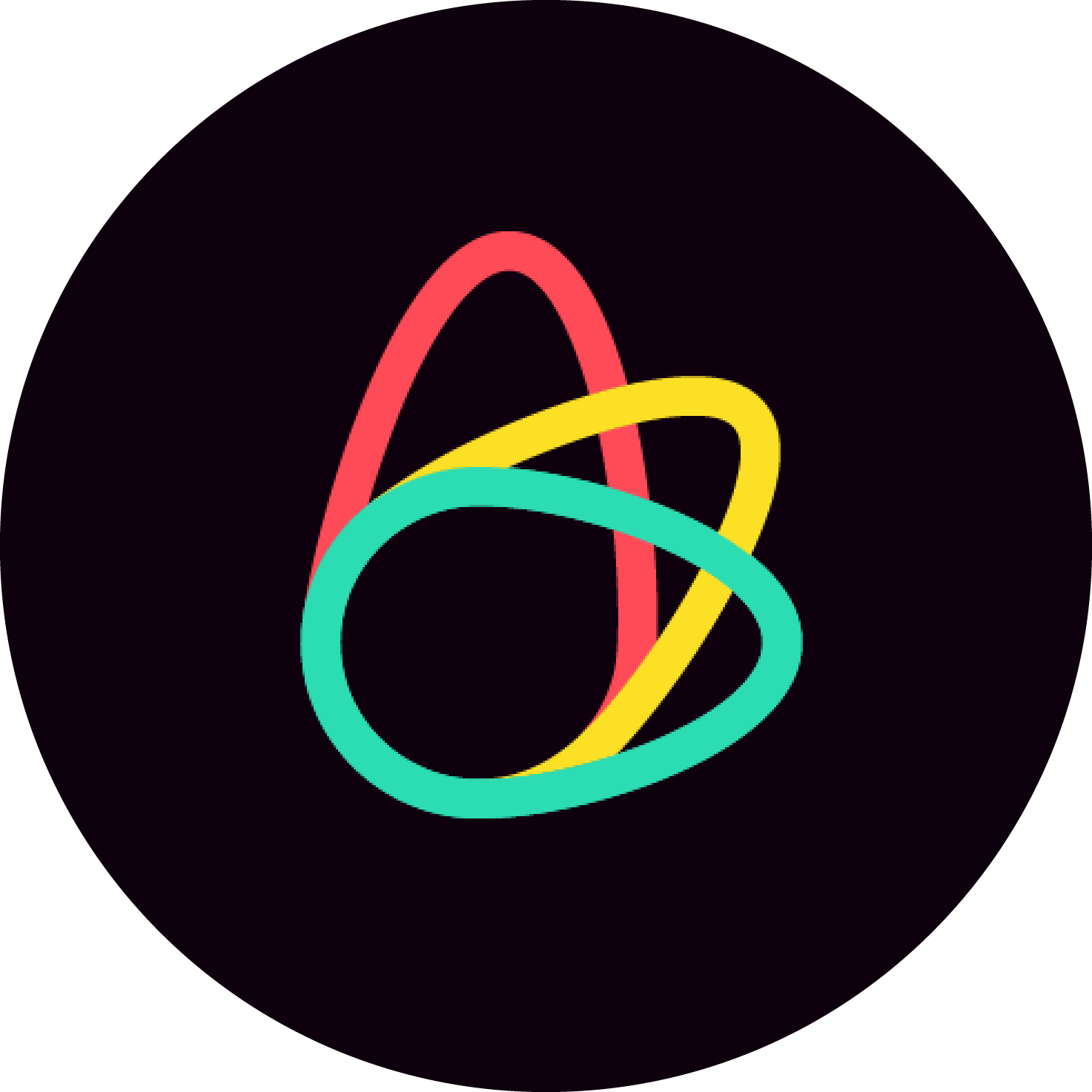 Since Lightricks was born in 2013, we’ve been committed to building fun, powerful apps that reimagine how content is created all over the world. We’re more than app developers — we’re a team of academic researchers, technologists, designers, engineers and digital storytellers — all working to combine cutting-edge design, technology and research to innovate the way people create, consume and engage with content. Over the years, we’ve been fortunate to have our apps recognized for their power, innovation and design by our loyal fans.
‍
Today marks another milestone — and we’re thrilled to share TWO exciting announcements that are helping us wrap up 2019 with a bang. 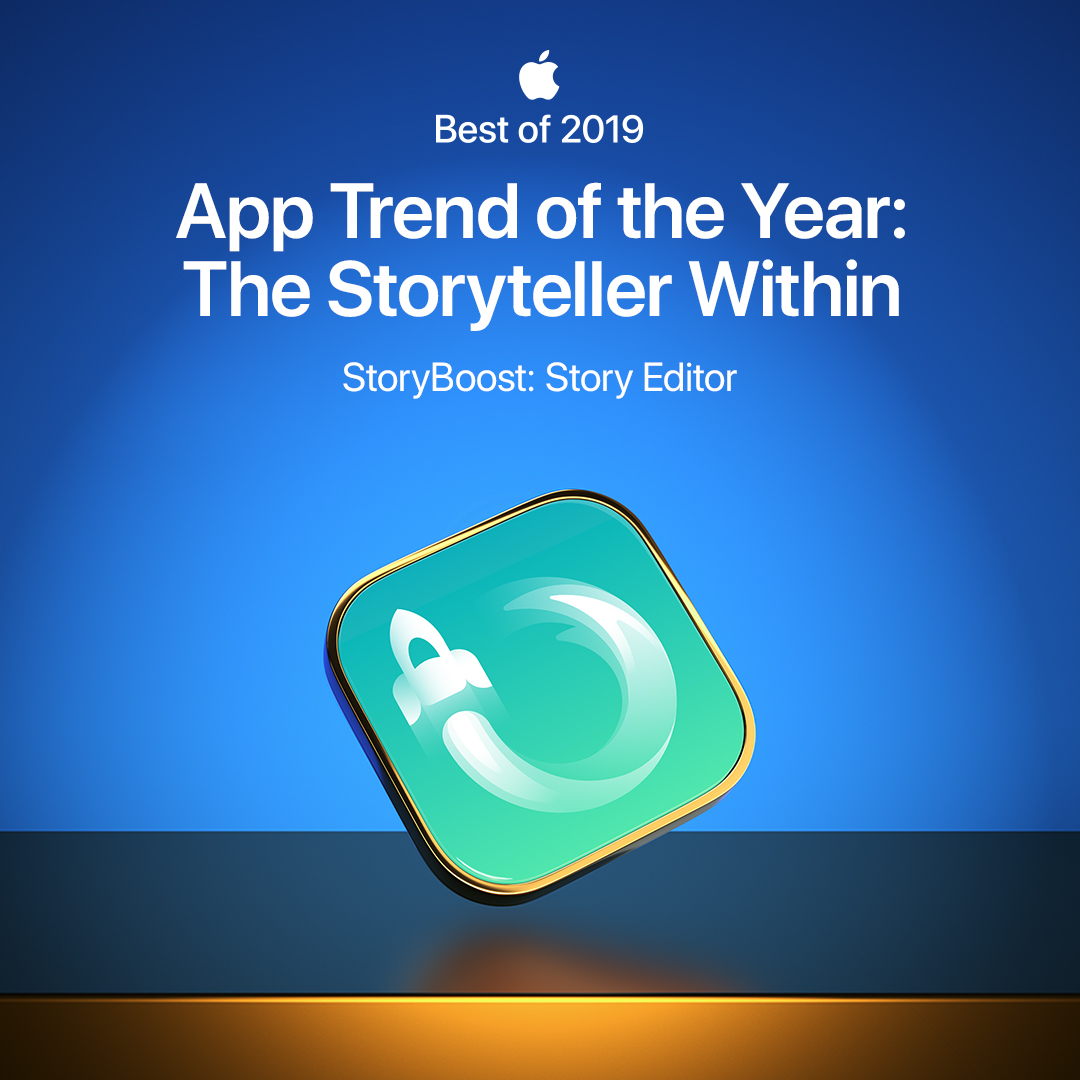 The App Store provides an ideal platform for developers to deliver amazing products to the masses, and Lightricks built StoryBoost so that any individual, influencer, or brand can quickly and easily create their own amazing visual stories that audiences love. By combining state-of-the-art research and design with constantly evolving social media and visual trends, StoryBoost gives everyone the ability to create stories with little time or effort that stand out and impress.
We were incredibly honored to attend this exclusive Apple event in New York and be recognized alongside other pioneering app makers we admire ourselves. Thanks to Apple and congratulations to the dedicated individuals who make up our team at StoryBoost and brought this vision to life. 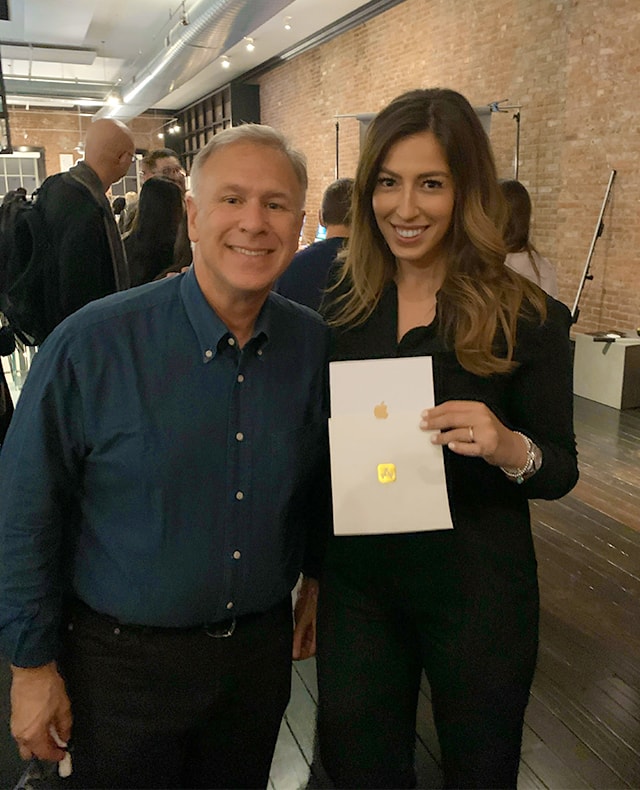 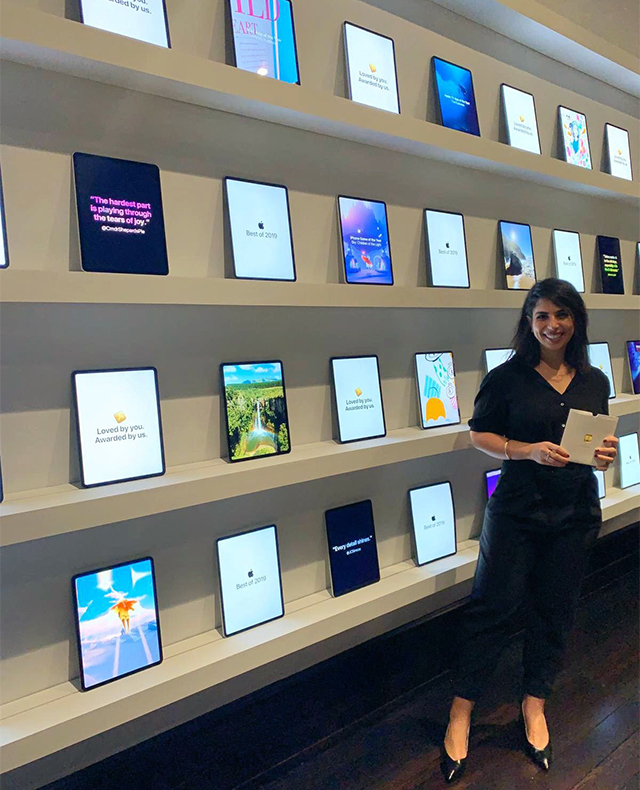 Enlight Pixaloop is chosen as Google Play’s Best of 2019 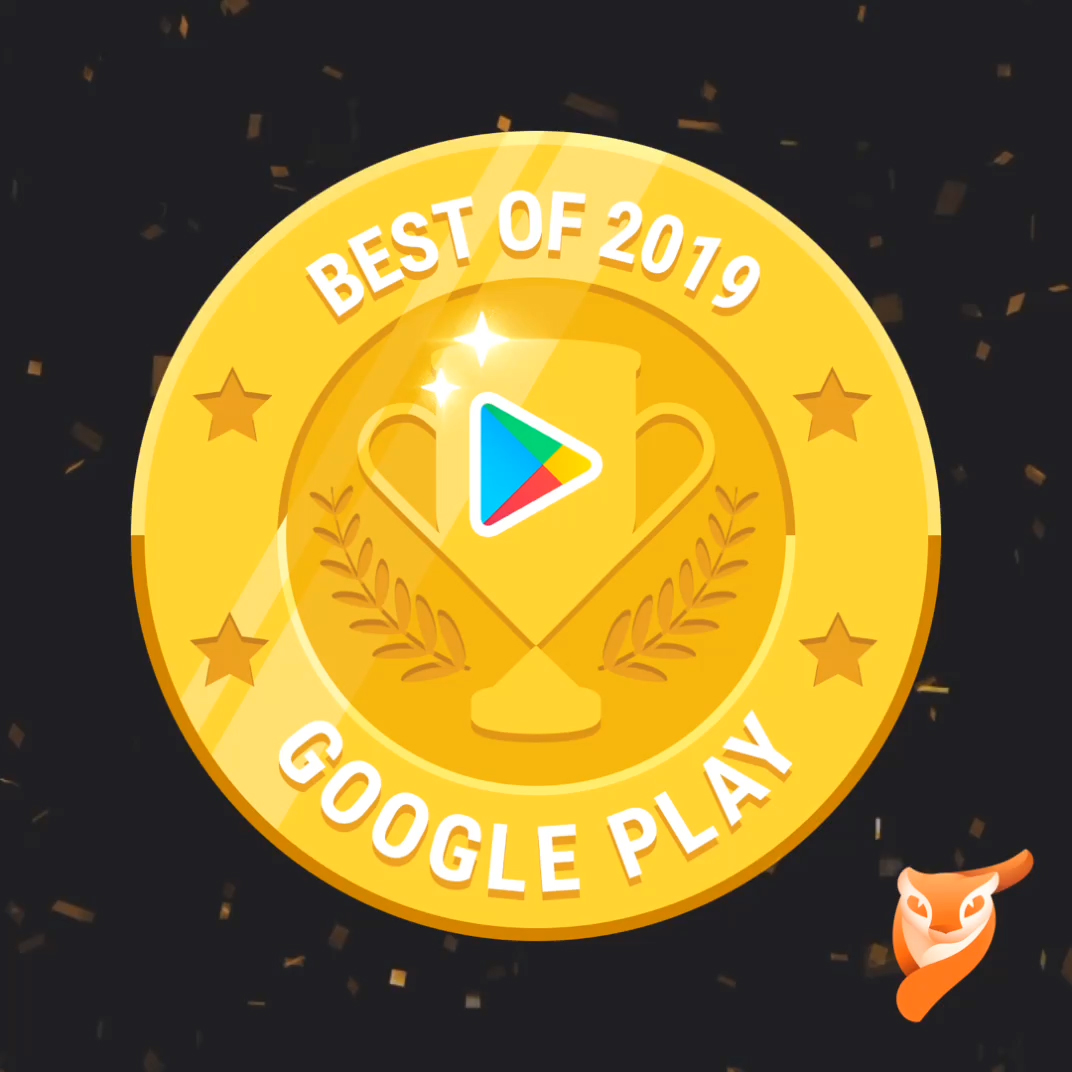 We’re grateful that users continue to enjoy the experiences of creating and editing with us, and humbled that today Enlight Pixaloop has been recognized as one of Google Play’s Best Apps of 2019. The innovative ways people around the world are unleashing their creativity and bringing their imagination to life through our tools never ceases to amaze and inspire us, and Pixaloop is arguably our most magical product, a fun and fast photo animation app that blurs the line between photo and video.
With AI technology under the hood and a streamlined UI/UX out in front, Pixaloop allows you to actually make still photos move, without the learning curve it would take to do the same on desktop. The ability to stop your followers mid-scroll, having them question how on earth you transformed an ordinary photo into a creative masterpiece with moving clouds, water, or hair blowing in the wind, is more than just a fun trick to have up your sleeve. It’s a way to engage, inspire, and push the limits of visual content creation.
‍
As one of Google Play’s Best Apps of 2019 in the US, United Kingdom, Brazil, India and dozens of other countries, we’re appreciative of our loyal fans all over the world who find the app as fun as we do. We’d also like to thank our hardworking Pixaloop team, whose long hours and brilliant imaginations have brought joy to so many users.

What Else Happened This Year?

- Lightricks attained unicorn status, backed by new and existing partners who believe in our company’s vision. The significant milestone is a testament to years of hard work and value we strive to deliver everyday through our products to content creators on mobile.

- We started 2019 with 150 employees, and we’re closing out December with 340  — more than doubling the amount of developers, designers, marketers and researchers we’ve added to our team.

- We released a new suite of three apps, focusing on a new audience - because we know that content creation is not only for fun or personal gratification, but is key for influencers, businesses, and brands, too.

In all three company divisions—Facetune, Enlight, and Boost—our product teams are working to build innovative new apps and products that we can’t wait to share with you. We’re working hard to improve existing tools with magical new features for all our users, from everyday ‘grammers to artists to brands and solopreneurs. We’re going to continue expanding our global reach, and of course, we’re still looking to recruit all the top talent our offices can hold.
‍
We’re humbled to end this year with such notable recognition from Apple and Google, and we’re excited for what’s to come in our mission to redefine content creation. We’ll continue to stretch the boundaries of what’s possible for individuals to create and turn their ideas into reality, empowering users with tools that work and feel like magic.